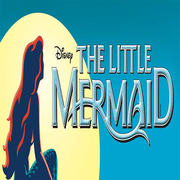 Gateway Players Theatre presents Disney’s “The Little Mermaid”. With music by eight-time Academy Award winner, Alan Menken, lyrics by Howard Ashman and Glenn Slater and a compelling book by Doug Wright. Show dates are August 11th at 7:30pm, August 12th at 7:30pm, and August 13th at 2pm. Performances will be at the Southbridge Middle/High School, 132 Torrey Road in Southbridge. Tickets are $15 for Adults, and $13 for Seniors over 60, and Youth 17 years of age and younger. For ticket reservations, please call the Gateway Barn at 508-764-4531. Online ticket sales are available at http://www.brownpapertickets.com/profile/1057167.

Bill Guy is directing, with Barbara Day as producer, Chris Rubenacker is music director, Mike Dupuis as stage manager, and David Corkum as Technical Director. Jeanne Dupuis and Sue Campbell will be doing costumes, Cristina Smarra and Asia Leigh will be the choreographers, and Lisa Provost will be doing props. Presented by permission through special arrangement with Music Theatre International. For more information, call (508)-764-4531.

Synopsis:
Based on one of Hans Christian Andersen's most beloved stories and the classic animated film, Disney's The Little Mermaid is a hauntingly beautiful love story for the ages. This fishy fable will capture your heart with its irresistible songs, including "Under the Sea," "Kiss the Girl" and "Part of Your World."
Ariel, King Triton's youngest daughter, wishes to pursue the human Prince Eric in the world above, bargaining with the evil sea witch, Ursula, to trade her tail for legs. But the bargain is not what it seems, and Ariel needs the help of her colorful friends, Flounder the fish, Scuttle the seagull and Sebastian the crab to restore order under the sea.

RSVP for Disney's "The Little Mermaid" to add comments!